A Miraculous Story Of A Father And Son Being Reunited

Nick Christofferson
favorite_border
FAVORITE
share
SHARE
Do you believe that things happen for a reason? You will, after hearing this miraculous real-life story of a father and son being reunited in an unbelievable sequence of life events that led to a son meeting his father for the first time. Video recorded at Grapevine, Texas.

Nick Christofferson: [00:00:04] My name is Nick Christofferson, I've been going to 121 for a few years now. Starting out it was my mom and I, and she raised me as a single mother. We lived in Indiana for a while, and as soon as I could get out of Indiana, I moved up to Texas, I love the state, I love the people, everything around it. Eventually, I met my wife and she got me going to church more.

Nick Christofferson: [00:00:24] One day on Easter 2000, I want to say '17, my wife worked the night shift at Baylor Grapevine, so she was sleeping that day. She got off work, went to sleep, and Kaylee and I went to church. And usually, we go to the 11, but I'm kind of an early riser, so I like to get up and go to the 9:00 service. And I go in and sit down in my very antisocial spot in the very back row of the back of the church, and this gentleman sits in front of me, I just started thinking, is that my dad? So I took a picture of the back of his head and sent it to my mom. and I asked her, is this my dad? And she texts me back, OMG, yes.

Nick Christofferson: [00:01:14] And then back when we used to, before COVID, Ross would make everybody very uncomfortable and tell us to stand up and turn around and greet each other. So when he did that, I said in my head, if this gentleman turns around and says his name is Paul, because I knew his name, I'm going to freak out a little bit. He stood up and shook my hand, looked me in the eye, and said, my name was Paul. So right then and there it was kind of the conclusion that that's my father shaking my hand at church, staring me in the eye, I couldn't believe it.

Nick Christofferson: [00:01:49] So at that point, I didn't know what to do, I didn't hear a word that Ross said that entire time. I picked up a little piece of paper from behind one of the seats and the pen and wrote on it and followed him out. He went to the bathroom, I wasn't going to follow him to the bathroom, so I figured I'd wait outside and waited out there for him. And he came out and I went up to him, looked him in the eye, and said, it's nice to finally meet you, sir. I shook his hand, handed him the note, and walked away.

Nick Christofferson: [00:02:22] About two weeks later, I get a phone call from a private investigator that my father had hired this gentleman to track me down and give me his information. I was convinced by my wife to give him a call, and we talked for an hour, I believe an hour and a half. And I'll always remember what he said, I don't want to get off the phone with you because I haven't had you for the last 30 years. And of course, that made my wife start to cry, she was sitting right next to me.

Nick Christofferson: [00:03:05] So we set a time to meet, and we met at a place that he actually used to own called Coal Vines, it's in South Lake. It was the first time I ever met him, and it was great. I mean, we talked about everything. His wife was there, Lisa, my daughter was there, and obviously my wife. And we just talked about everything, I mean, it was like catching up with old friends almost, I feel like we instantly just became best friends.

Nick Christofferson: [00:03:40] I told my mother and my father, that the past is the past, we're all adults now, and whatever happened then, it is what it is. I would love to move forward, this is a big piece of me that I was missing, and my mom was more than happy to do that, and my father as well. They actually met for the first time in a long time when my son was born in the hospital room, and that was a really good time in my life, is to have them be able to talk and converse and just to have them together, I'd never had both my parents in the same room before.

Nick Christofferson: [00:04:23] To this day, I still can't believe the way it happened, you don't meet somebody that significant in your life that just randomly pops up at church. Come to find out, they had been going to the same church for five years before, they went to the 9:00 and we went to the 11:00. We just tried to soak it up as much as we could because we already had lost 30 years, which I don't fault anybody for that. He was a good man, and I got to spend three good years with him, and he ended up passing last September, which I still don't understand that. But the one thing, the one thing we always agreed on is that everything happens for a reason, we might not understand it, we might not like it, and we might now know what to do with it. But I believe he put him in my life for a reason, as short as it may be. I also believe that Lisa's in my life for a reason, and I'm in hers for a reason.

Nick Christofferson: [00:05:00] He loved my daughter, and he loved dressing up in the dino costume and chasing her around the house. And he was there for the birth of my son, so he was able to hold and enjoy the whole piece of it. It was a hole that was able to be filled, I was able to make memories, and my kids were able to make memories. We have pictures and videos, and I wholeheartedly believe that God put us in the position that we were in and the time we were in for a reason and a purpose.

Previous Videos in this Series 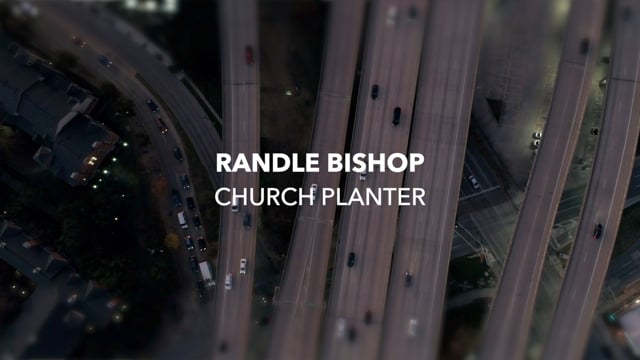 121 Stories - Church Planting: Randle Bishop's Story
6m
A young Christian gentleman shares his testimony of how he came to be a church planter. 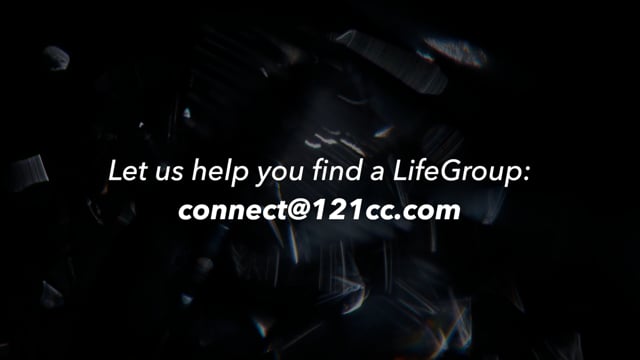 121 Stories - Kristen and Logan Tecson: Growing in Community
3m
As Christians, we were created to do life in community with others, which is why we need to recognize the importance of life groups in our walk with Jesus. 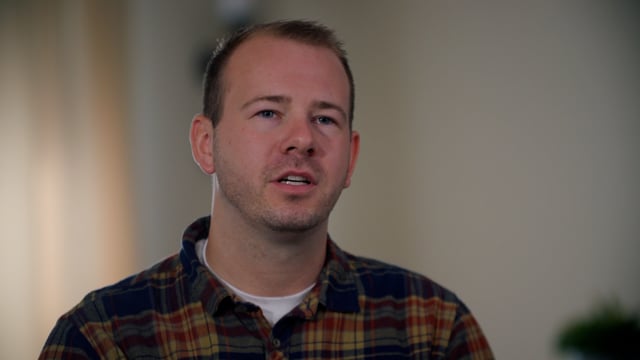 121 Stories - Kevin Black: Sharing Faith In The Workplace
4m
Sharing your faith can be scary, but when you realize that even your workplace is a missionary field, you can live out your beliefs, and others will notice.
View all in this series
© 2017 - 2022 121 Community Church
121 Community Church
2701 Ira E Woods Ave.
Grapevine, Texas 76051
817.488.1213
Software by Missional Marketing