121 Stories - Losing Everything, Gaining So Much More

One man's story of the incredible healing power of faith.

David Curry
favorite_border
FAVORITE
share
SHARE
In this message a man shares his story of encountering the healing power of faith after the loss of his wife, his kids, his job and his health. He explains that his faith in Jesus is what restored him when all seemed lost. Video recorded at Grapevine, Texas.

David Curry: 00:00 I grew up in a great Christian home, I desperately wanted that. So when I was graduating from college everybody was getting married, I wanted to get married, and so my girlfriend at the time, I asked her to marry me.

David Curry: 00:19 And then went in the military, and we spent probably the first eight years together. You know, that was a challenging journey, you know, learning to be a new married, you know, how to lead my wife as a godly husband. You know, and then a lot of the challenges from the military of moving around and changing station and, you know, always everything was up in the air. We never really knew where we were going to be next, you know, but God was faithful and, you know, gave us peace through that journey. We would pray for wisdom and he would open doors, and he'd close others. You know, but I always felt like wherever he sent us was where we were supposed to be.

David Curry: 00:56 We got pregnant with our first child, we call baby Curry number one. I lost that one, and so I'm looking forward to meeting them someday in Heaven. But right on the heels of that, you know, she got pregnant with Emma, you know, and then a couple of years later with Ethan. You know, it was always in my mind a goal to have a family like my mom and dad, you know, a happily married Christian household with two kids. I really think probably my marriage and family life, and definitely my kids, was an idol for me. And it's something I really wanted, I considered it a goal to be accomplished.

David Curry: 01:31 You know, over time, my job was an idol and God taught me to let that go. But I think the last thing that God stripped away was the family and the kids as my idol. And eventually I lost my first wife to mental illness, and within that same year I had two strokes, had heart surgery, I lost my kids, lost my house, had had to quit my job because my job was high stress. And the doctor said, if you don't quit you'll have another stroke and die. I had had the first stroke, and then I had heart surgery, and I wasn't supposed to have any more strokes, and I had another one Christmas Eve. And there I was laying in the ICU and I'm just like, you know, God, what do you want me to do? You know, I was at my end.

David Curry: 02:30 Well, the lowest point of my life was losing the kids. You know as a father I felt like I had to fight for them, and so I spent three years and all my time, all my money, and most of my prayers, you know, fighting to get them back. You know, I'd take them home at the end of the visitation every other weekend, you know, and they'd be just broken. And that was, I'd say that was the hardest, that was the hardest walk of my life. You know, because I just wanted to I take my kids and just disappear so they'd be safe, and they wouldn't have to go through what they were going through. You know, at the end of it we found a favorable judge who loved the Lord, in Alabama, and with tears in his eyes he told me that he was so sorry. And he took the kids and rescued them, gave me full custody and said, take those kids to Texas today. And so we jumped in the car and drove to Texas.

David Curry: 04:04 In an odd turn of events, I got introduced to this amazing woman, Jeannie. I told her one time, I've been in love with you my entire life, and that's the way it felt. Like I just, I know I just met her, I know that it had only been like a year since we were introduced, but you know, she is my soulmate. You know, sometimes Jeannie and I, and she was in a similar situation, you know, she and I will just kind of marvel about the way that he blended these four kids together. Where they've loved each other from the start, they're best friends, they laugh, it's like they've been together since their birth. And it's just, there was no other explanation for that, you know, other than God the Father.

David Curry: 04:45 My mentor, you know, he had shared that scripture with me about if you pray for wisdom and believe it, you know, God will give it to you. I just prayed for him to tell me what I was supposed to do with my life, and how I was supposed to use all these challenges for him. I'm blessed with this opportunity to welcome people at the door at church on Sundays, and this guy just came up to me one day, he heard me talking to my daughter about the stroke. And he walked up and said, Hey, I've had a couple strokes, can I talk to you about that? Just out of the blue. And the way, in His perfect timing, just out of nowhere, he'll give you a chance, you know, to use your story to encourage others. I wish I hadn't had two strokes, but boy now that I have, it's good to see that he uses that. You know, I wish my kids hadn't gone through what they've gone through, but I'm thankful to see the way Jesus uses that in my life and theirs. Every day is an answer to that prayer. 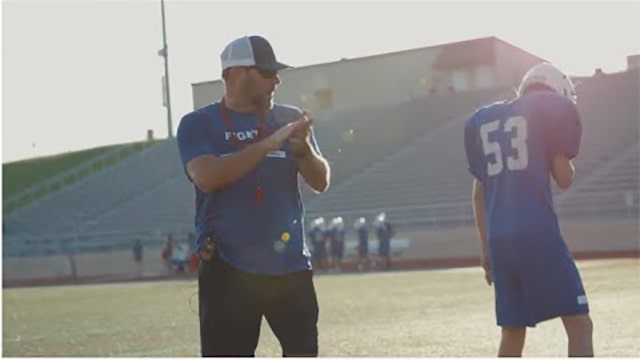 121 Stories - Coaching with a Purpose
5m
In this message a football coach shares what servant leadership looks like in action. 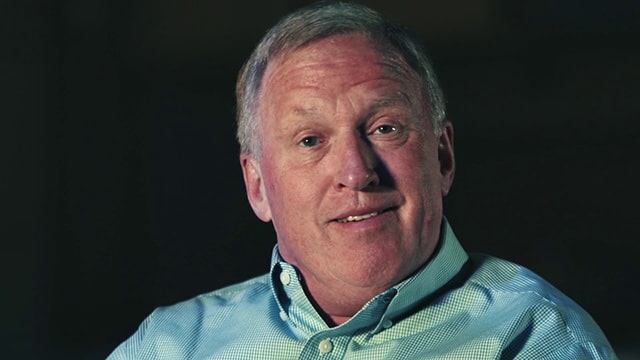 121 Stories - Trading 'Success' for True Peace
5m
In this message a man shares his story of recovery from the sin and addictions in his life. 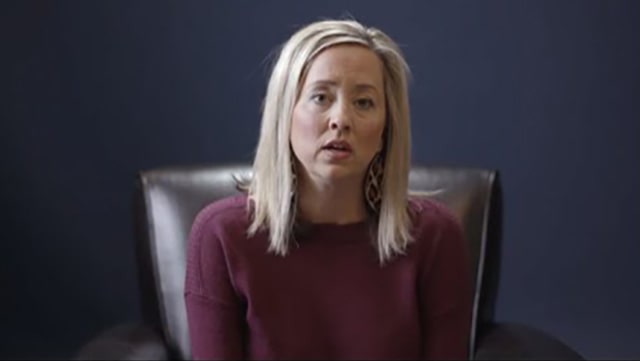